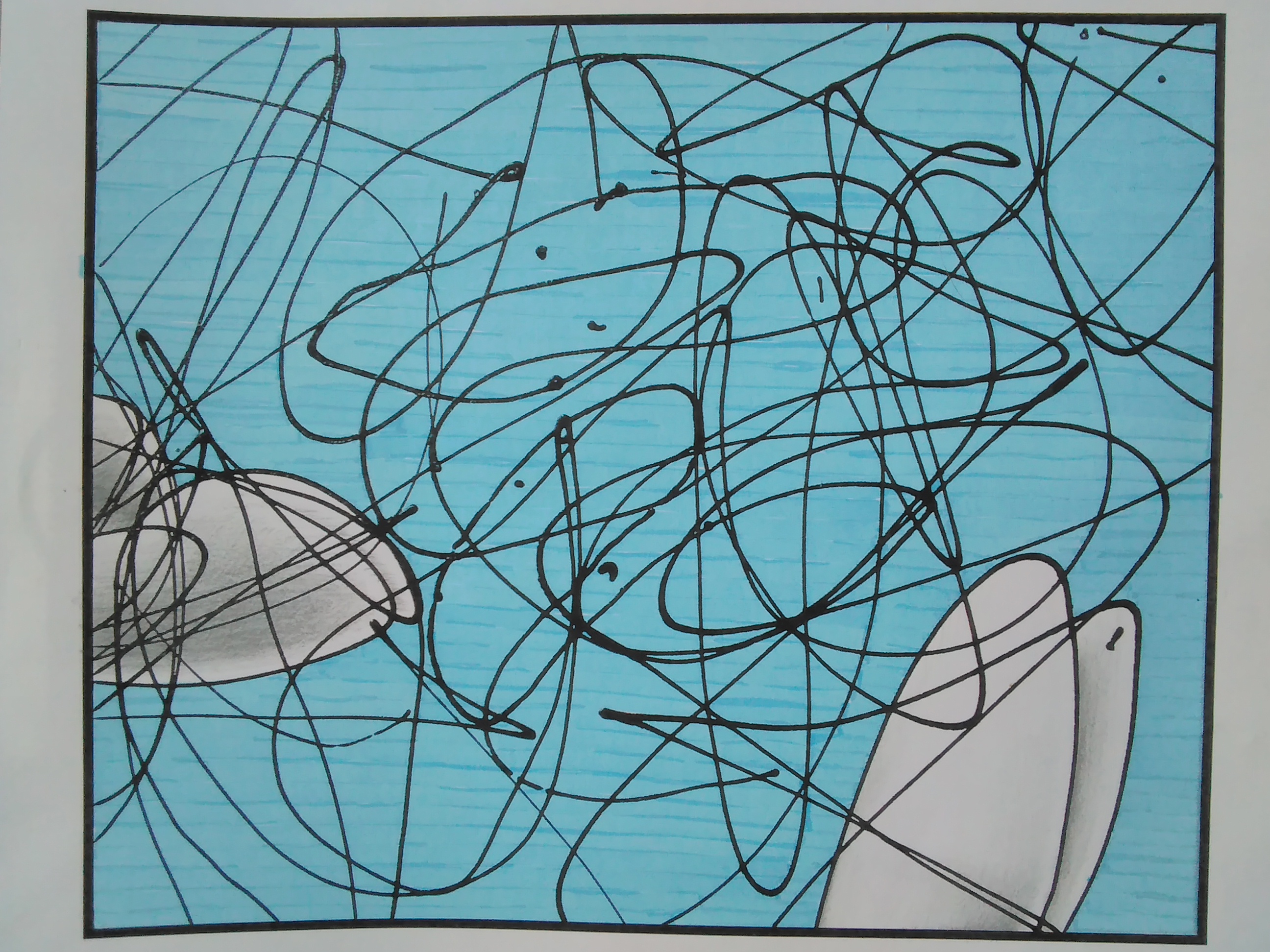 Recently I have been taking the same drip painting on the road when setting up my coloring station. “Playmates” was my initial find, and now I have Extracted two more that have been inspired by past participants!

A young gentlemen sat down with his girlfriend at Maker Faire to color. She barely began when he said, “There, a Pope’s Hat”. She objected and said it wasn’t enough and I jumped in and said, “What if, because his hat is so tall, it’s the only thing captured in a shot of the sky?!” I went on to do my own version of this Pope’s hat and added a cloud.

A very young lady colored, what had earlier in the day made for a dog’s ear, a bright fluorescent yellow section. She had deemed the abstract a unicorn – complete with horn. I took that initial head and horn and had the creature cross a creek.